This project is a result of three residences: the virtual one, realized in Minecraft in 2014, the field one, done in June-July 2015 at the Silicon Valley (California) and the Ural industrial one—within which the Ars Virtija group visited the Ural factories together with all the artists of the program in July 2015.

As a result of these residences the Ars Virtua group came up to a conclusion about the need to show the importance of the idea of knowledge in the society in general and informational continuity in particular. Nowadays, in the post-informational society, we count too much on the accesibility of information, without thinking how vulnerable we are at this moment. If you do not have a key, you do not have any access to information: it does not matter if we speak about programming code or foreign language. Without having this knowledge we are at risk of not decoding the information. The artists were sincerely impressed by this paradox, according to whidl, the one who wants to own the information, first has to own the information about how it works. And they decided to take undoubtedly extremely utopic efforts and create a kind of universal language, which can be understood without any code.

A set of symbols, generated on the basis of visual data library of Google, was proposed as an alphabet of this language. These symbols were demonstrated on titanium screen, composed of 256 pixels, each of them put to motion by a special motor. After a month of the operation of the screen in the regime of a constant change of symbols, a decision to fix the image was made, because of the fact that many mechanisms were out of order. On the opposite wall you can see the screen split frto nine monitorst-there, the biennial mediators give their interpretations of symbols of the universal language. It is curious that the symbol which was decided to be fixed on the screen, the key symbol of the biennial, some called a "factory" and others—a "house". 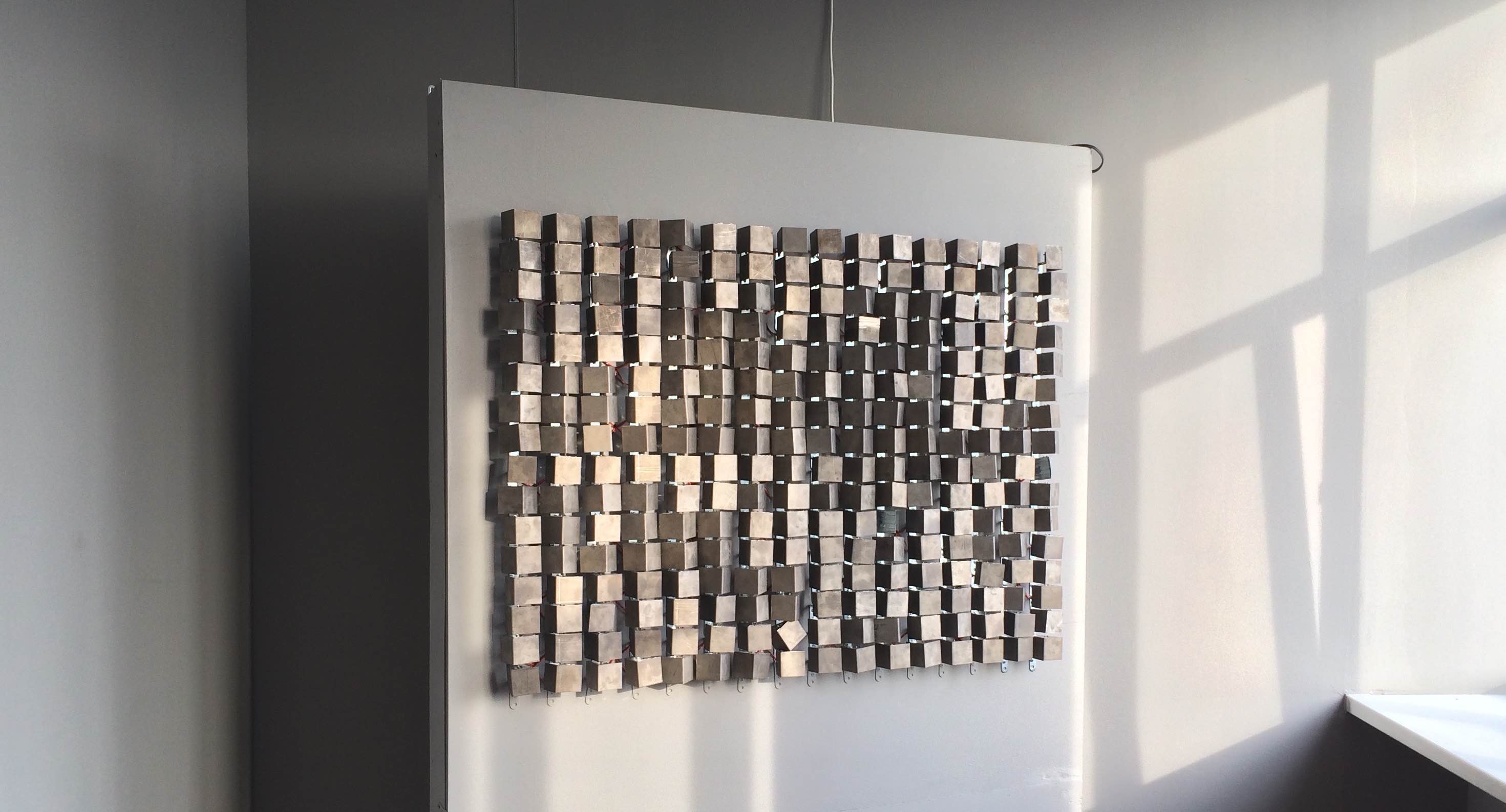 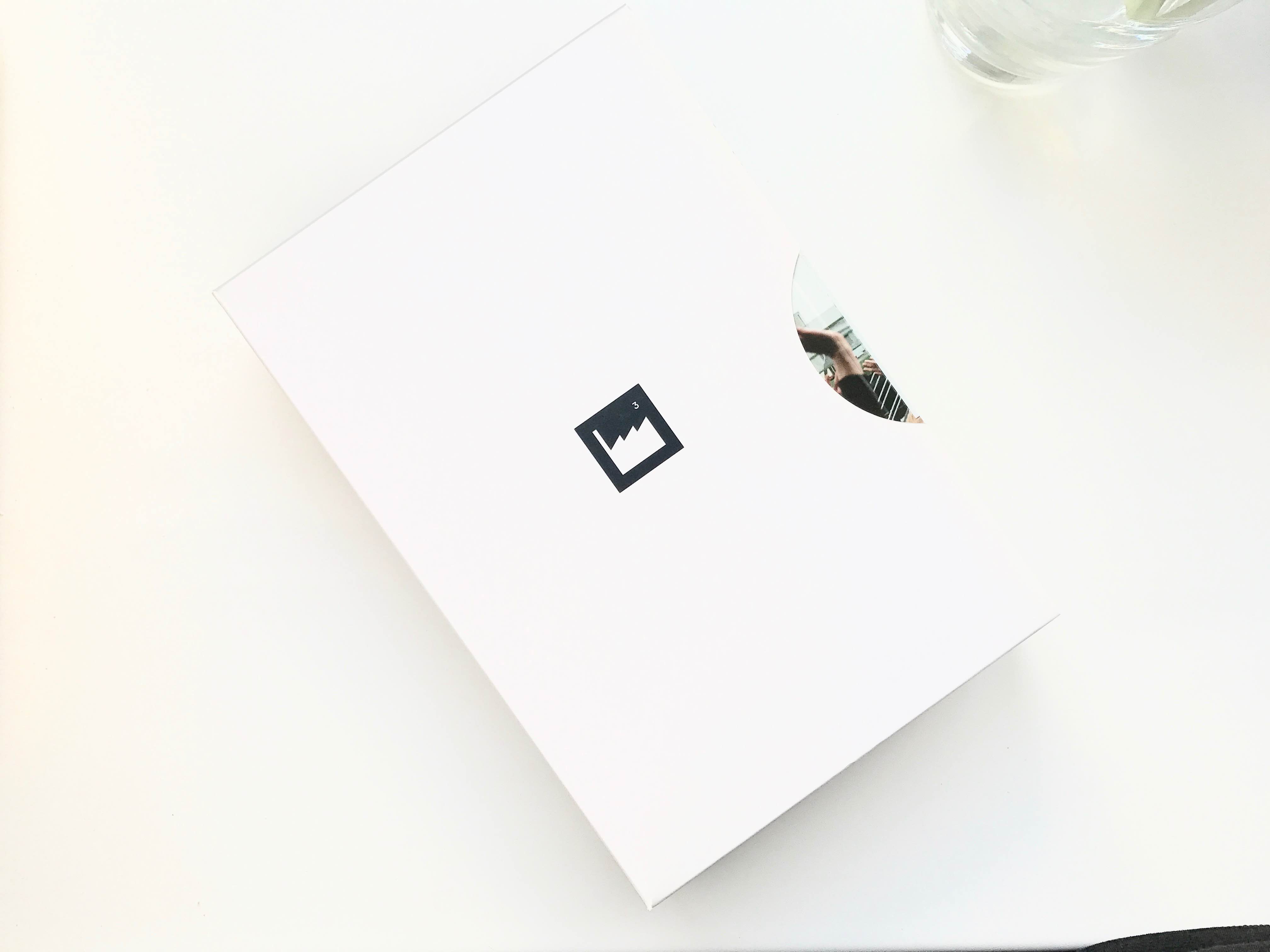 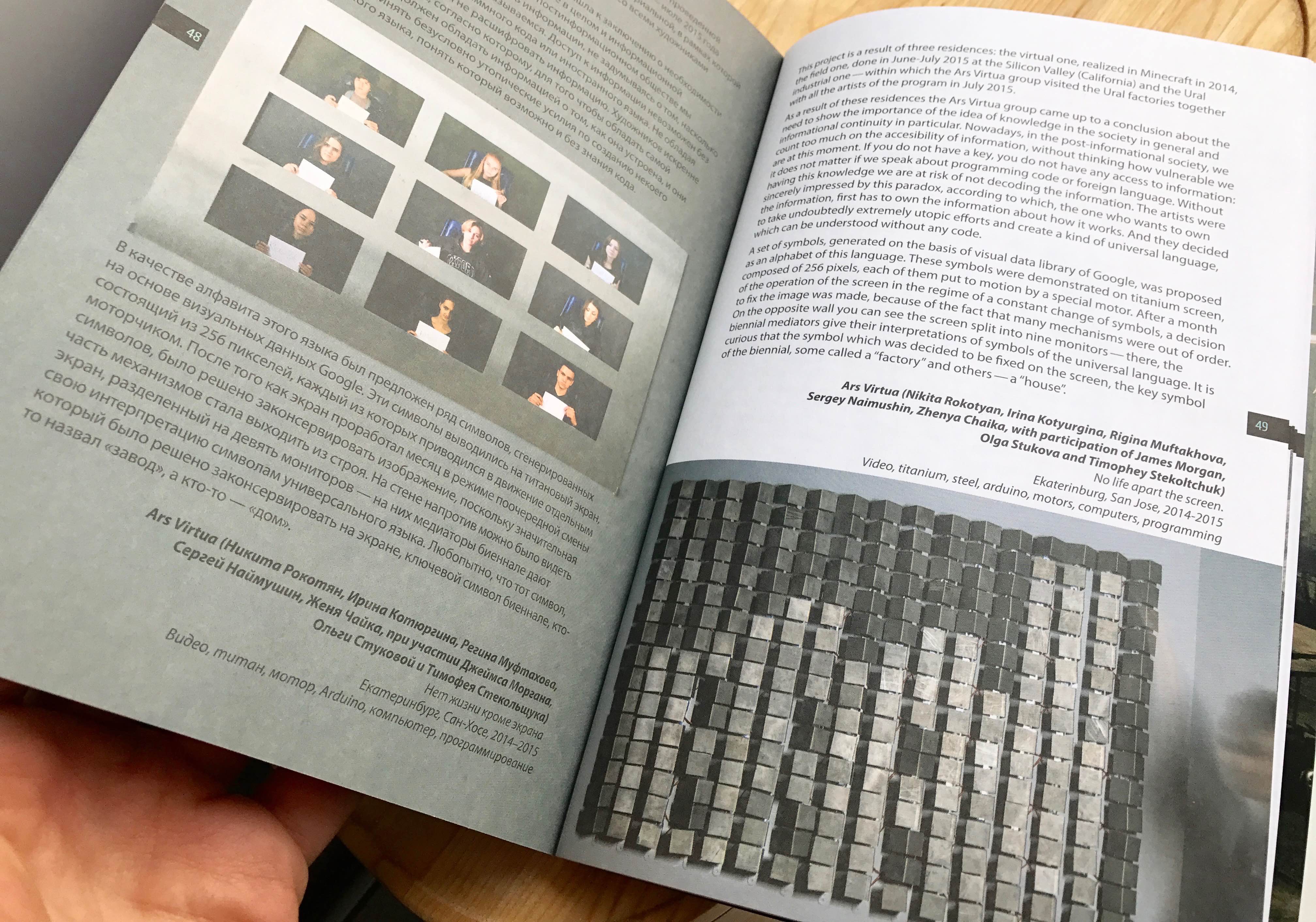 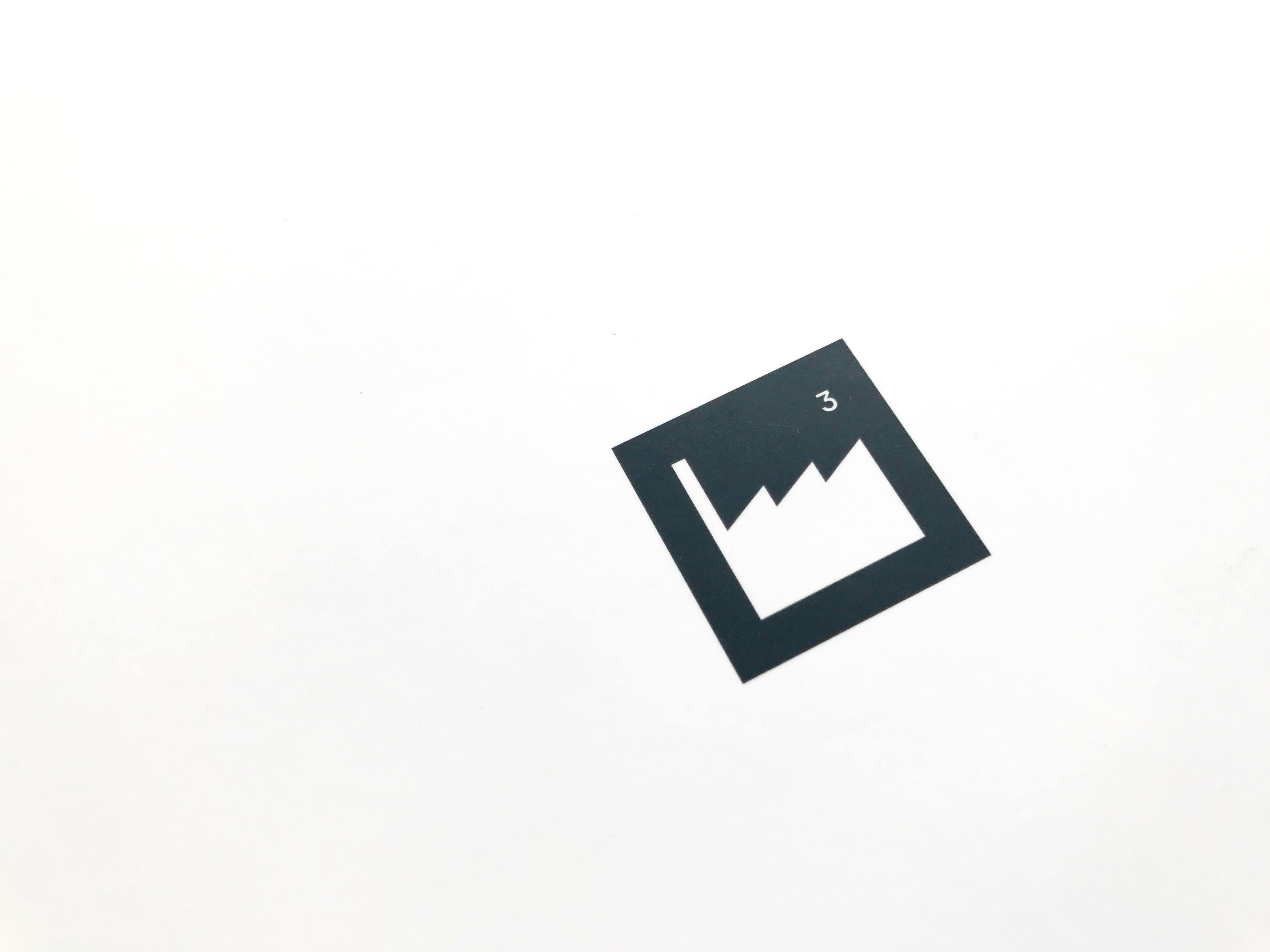